Bing is the latest entry in Mina Grave’s life.  He’s a dragon made entirely of stone, changed from a human knight centuries ago by a curse.  In another life, Bing had a different name.  He was a knight and rumor, along with his vaguely constructed memories, someone much more.


He saved Mina’s life when she was attacked by a hell hound in the graveyard, and he returned her home.  He is familiar with the other supes in the city, including Toby and Max, although he tends to keep to himself.  He loves to haunt the graveyards, where he’s been known to assume the stillness of a gravestone and the rooftops of the city to keep company with the gargoyles.

It’s been an interesting life.  It was a lot worse when I was cursed and a prisoner.  I’ve had this form for so long now that I’m not sure I could go back to being human.  I was a human for less than fifty years; i’ve been a dragon for at least five centuries.  How do you go back to something like that?  And, if it’s not something I’d go back to, is it really a curse anymore… or did at some point it become a gift?

There was a girl who helped me.  I don’t know who she was.  She was dirty and tattered and I assumed she was a servant.  I remember her because she was the only one who didn’t seem to either fear or hate me.  She never mocked me, never tried to hurt me, starve me, never treated me with the unkindness the other servants of the wizard did.  I cannot remember her face, her name, just barely a whisper of her.  She brought me a icon, a cross with two dragons fighting in the middle of it, a red one and a white one. She tied around my neck with a ribbon.

I was weak, exhausted, hurting.  I had no more strength than a kitten at that point.  The spells the wizard lay on me when he cursed me bound me hard.  I don’t know what she did to that icon, but once it was on me, I could see better, hear better, think better.  My strength started to return… and strength and power I had never had in human form came with it.  A dark roaring came with it, and the darkness and the sound covered up the next several years.  I know I escaped.  I came up on the site of the castle years later and, while it still stank of dark magic, it was leveled to the ground.  I assume I did that, as he never came after me.  I never saw her again.

On being a knight…..

It’s hard for people to understand what being a knight is, in your time.  We were a bit like your modern superheros.  We came to stop war, win battles, save people, set right wrongs.  And, like some of your superheros, there were those who were used to do bad things and those who twisted around until wrong was their right.

Some of us got a little out of hand and lost the definition of ‘wrong’ that we started with.  Some of us got tied up in the age hold human dramas of money, greed and power.  Some of us became instruments of destruction at the hands of others.

Of course, when I was a knight it wasn’t the ‘lonely, handsome, idealized, tortured-but-good knight’ that folks today picture.  We were dirty and sweaty.  We smelled like horses, smoke and old leather on our best days.  We slept on the ground, did hours of weapon work every day just to keep an edge, and ate when we could.  We rode into battles where the people we slew were not the people we fought but pawns, lines of defense placed between us and them with no thought for the humanity or sacredness of life.  Often knights themselves were nothing more than playing pieces on a board of strategy between rulers and those-who-would-rule.

On who he really is…

There’s so much I don’t remember.  It’s all very blurry, anything that happened before I woke up one day in this form, chained to the walls of a magical cell.   I can remember bits and pieces.  I remember the old man, and I know he was important in my life.  I remember the feel out outdoor life, sleeping by the fire, hearing the horses rumble to themselves.  But I don’t remember many specifics.

I wish I knew more about who I was, and what kind of knight I was.  Something in me says that I wasn’t cursed because I was a bad person, but because I threatened somebody.  I can remember some things.  I remember the old man, the magician.  I think I lived with him.  I know that, as ironic as this sounds, I slew dragons.  I can’t tell you that I didn’t also take the likes of men and women.  I can tell you that if I did, it was because I felt it was necessary or because I had no other choice.

Max and I have a betting pool on how long that boy is going to live.

Mina is much stronger than either Max or Toby give her credit for.  They are trying to help her and teach her what she needs to know, and I agree that’s important, but both of them tend to shelter her from knowledge and tell her only what they think she needs to know at the moment.  Once Mina comes into her full abilities… well, let’s just say I’m fairly certain both of those boys will come out of it with singed fur and a better understanding of a strong woman.  In fact, Mina reminds me in a way of the girl who helped me escape.  That girl gave me my freedom and my life.  I hope to return the favor by helping Mina.  Who knows, maybe she’s put a spell on even me.

Who Is Lola Lyons??

I have always had stories playing out in my head, since I was a little girl. (My mother despaired of me ever 'getting my head out of the clouds'.). Today, I invite you to check out some of those very stories here on my website! When I'm not writing, I'm working as a graphic designer, reading, boxing or chilling with my cat Bailey.

Join Mina on her journey!

The House On Evermore Lane 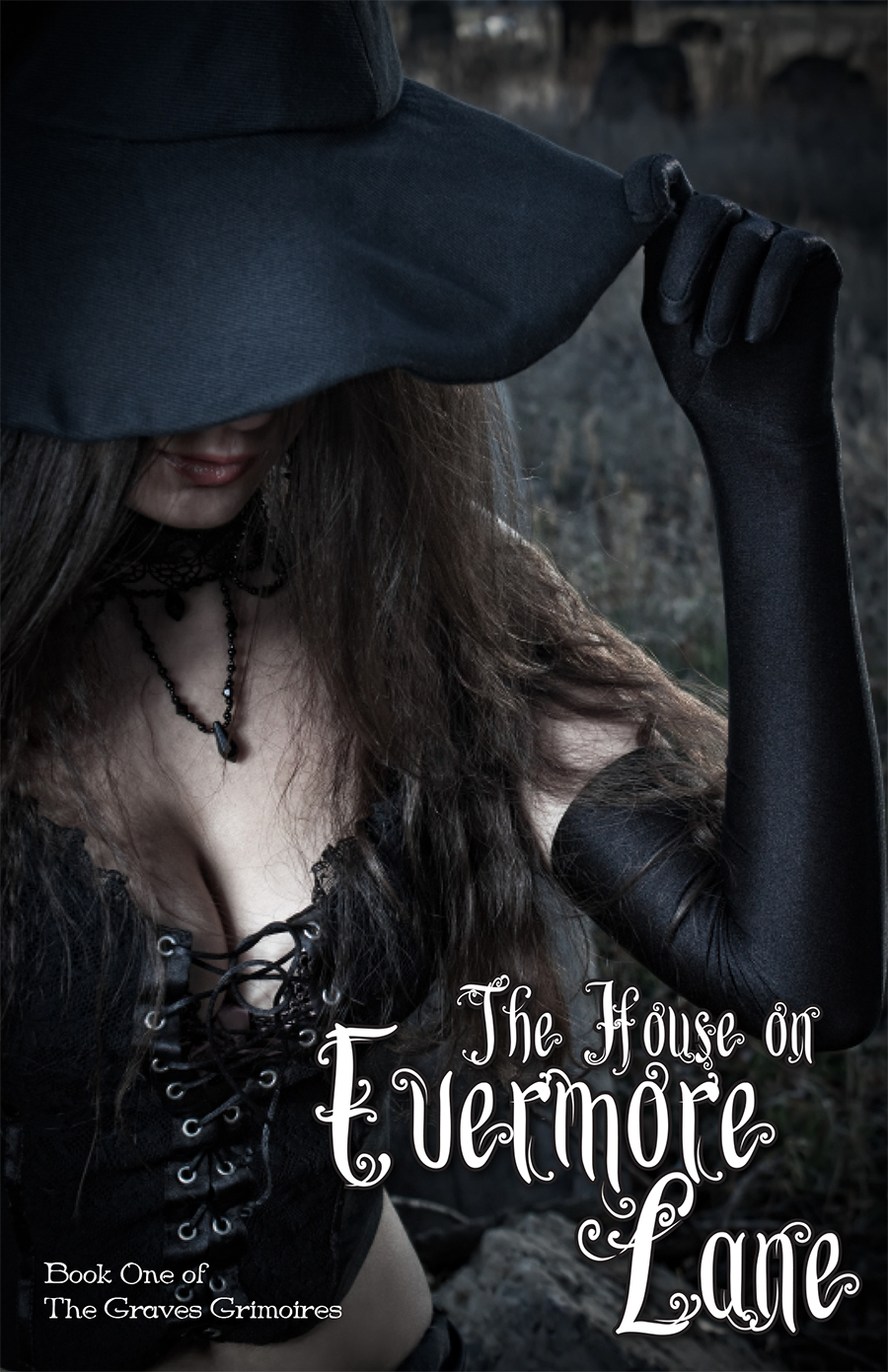 Join Mina, Toby, Bing and the crew as she is plunged into the depths of magic